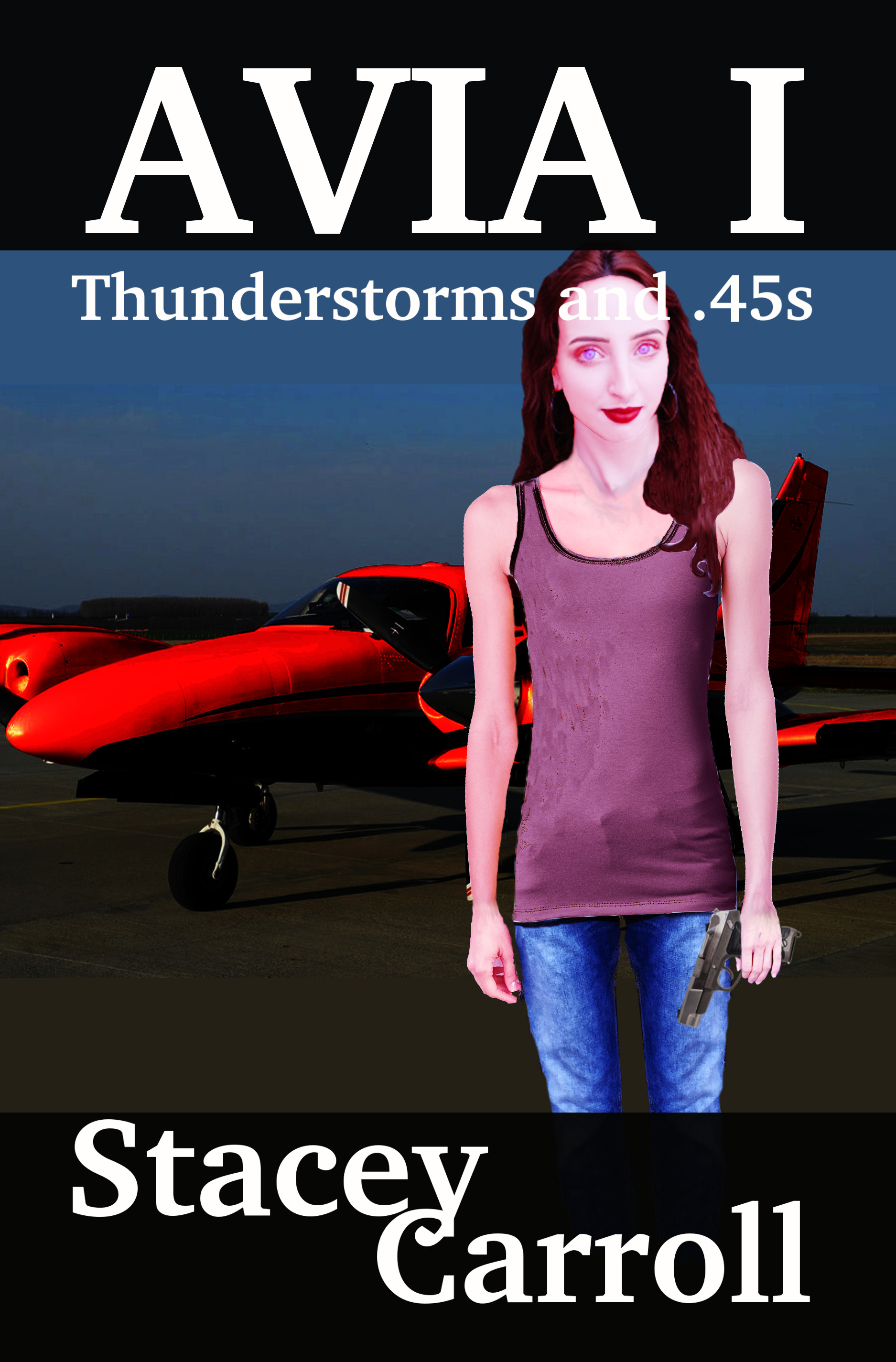 Avia might be able to con a rich woman out of 50 million dollars before her vacation to Hawaii, but she's going to need some help to do it. She has to call in people she terms her "cousins," and she has to deal with the fact that she is still an alcoholic and heroin addict. With the help of Benton, can Avia actually pull off this heist and get out of town before it is too late?

It was after midnight when Avia and Victor reached the side of the road about a half mile from the Grand Rapids airport and 500 feet from their Dodge Stratus. Rain pounded the pavement, leaving the visibility of the roads almost nonexistent. The howling wind overpowered the sounds of the creaking signs as they shifted and rattled under the pressure of the fierce storm.

“If this was the east coast, I’d swear we were having a hurricane,” Avia said just as a large boom of thunder drowned out the sounds of the rain and wind. She glanced down at her watch. Her black duster was no longer collecting beads of water. It felt more like a steady stream flowing down her back, starting at her black Fedora. Sighing, she removed her hat for the tenth time, draining the water from the brim before placing it back on her dampening head.

"Are you ready?” Victor asked as he cast a sideways glance at his wet cat of a partner. It wasn’t his idea to do this tonight, but Avia had left him little choice. Ten phone calls and a 13 hour Seneca ride later, he found himself standing on the side of the road in a torrential downpour in Grand Rapids, Michigan.

"Yeah,” Avia said, shaking more water from her head as her heels both crunched and sloshed in the black gravel. She was standing in the middle of a growing mud puddle that hadn’t been there when they had arrived. “Whose idea was this again?” She asked, glancing over at Victor. He had always had good taste in clothing, and tonight was no exception. He would have been better placed at the grand opening of an art gallery than standing on the side of the road.

“This was all you,” he said as he cast a sideways glance at her. At least she had dressed appropriately. Victor had been half-worried that she’d be sporting her usual attire of jeans, tunic, and boots. Instead, his red-headed partner had actually chosen well; black slacks, a white blouse, black stiletto shoes, and a matching overcoat. "Okay, let’s get this show on the road." He checked his watch before sticking his black gloved thumb out to the passing cars. “They should be here in two minutes, if Brian did his damned job.”

“If he didn’t, I am kicking his ass,” she said as she rubbed her aching wrists. This cold weather was not conducive to good circulation, and her ankles were quickly becoming as painful as her wrists.

“You are ninety-five pounds. You’re not kicking anyone’s ass,” Victor said. “What’d you weigh when you got out of rehab?”

“And I saw you right after you got out. You’ve lost weight over the last six months,” he said as a white Camero slowed beside them.

“I have not. I eat,” Avia said as she turned to watch the white car. “What is she driving?”

“Not a Stealth,” Victor said. “I think it’s a white Camero.”

Avia shifted her stance. “They need to hurry. My toes are going numb.” She turned her gaze when a red Jeep started to slow down. “Any chance it’s a red Jeep?”

“No. That wasn’t a car that was listed when Brian sent the report,” Victor said.

“Hang tight. I think I see it,” Victor said.

“If I have to walk to that damned hotel…” Avia said.

“You won’t have to shoot anyone. I see it,” Victor said.

Avia watched as a white Camero slowed down and then pulled over about 20 feet ahead of them. “Finally,” Avia said as she turned to face the rapidly reversing car. She could see the water and gravel spraying up behind the tires. When the car came to a stop, Avia saw the man’s window slide down and his arm beckoning them over.

“Need a ride?" the man asked from the passenger’s side after they had walked within shouting distance.

"Yeah,” Victor said. “We would appreciate it.”

"Get in." The man opened the door and moved his seat forward, allowing Avia and Victor into the tiny back seat.

"Thanks a lot,” Victor said, closing the door.

"Where are you headed?" the woman driving asked as she pulled off the curb and sped down the waterlogged highway.

"The nearest hotel,” Avia said. She gripped the arm rest as the car hydroplaned into the lane. "We came here for a business trip, but it was canceled due to bad weather, and of course, they didn’t send a car.”

“I’ve had that happen more times than I can count,” the woman said.

“Who were you meeting?" the man asked.

"Some investors,” Avia said. “We’re trying to break into the biofuel market.” She paused as if in thought. “We found a few restaurants willing to pay us to take their used cooking oil, but we need some venture capitalists in order to buy the 500 acre farm that we’ll need for storage and processing.”

"Brilliant idea," the man said. “With the fuel prices getting to be the way they are, we certainly need an alternative fuel.”

"You’re telling me," Victor said. “Who would have thought that a barrel of oil would reach past sixty dollars?”

"Sure as hell, not me,” the man said. “And the name’s Brian." He extended his hand backwards and shook Victor’s briefly.

"Tell you what; we’re staying at a hotel, so I guess I could get you a room for a couple of nights,” the woman said. “At least that would give you time to organize another flight.”

"We would be grateful,” Victor said. “But you certainly don’t have to do that. Just getting us to the hotel is enough.” He paused. “And the name’s Victor.”

“Nice to meet you, Victor,” Brian said. “This is Stephanie.”

"Oh, don’t worry about it,” Stephanie said. “It’s the least I could do. You’re both soaked as it is.”

"We really appreciate it," Avia said. "When we get back home, I’d certainly be willing to reimburse you for the room."

"That won’t be necessary," Stephanie said.

“I can’t thank you enough," Victor said as he glanced out the window. With all the rain, he barely recognized the area, but it looked like they were headed downtown.