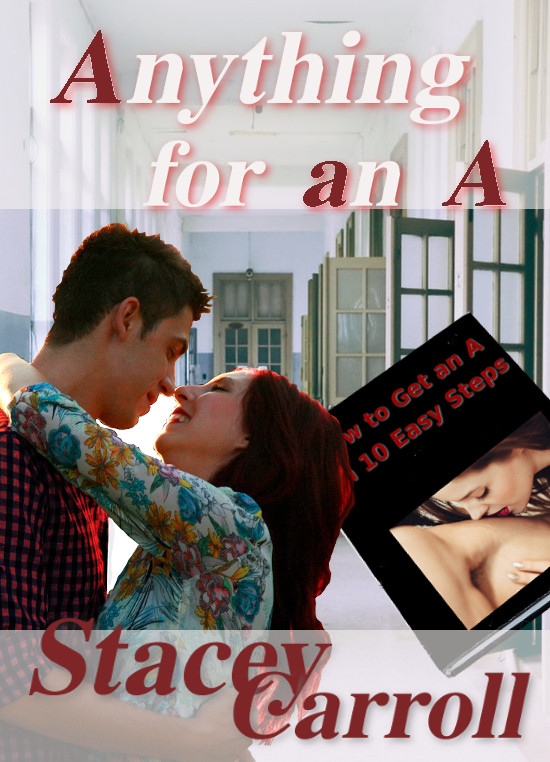 With time running out, 18-year-old senior, Kelsey, must get straight A’s  to qualify for a scholarship to college. After living several years on the street with her poverty riddled parents, in by a man she calls Uncle Greg, but he only agreed to house her until she graduated from high school. With four weeks left, Kelsey has to prove that she has a 4.0 graduating GPA  to get a free ride to college via an exclusive scholarship, and that means getting straight A’s her final semester and somehow convincing the teachers to change her previous grades. If she can’t do it, she knows she’ll end up back on the street.

In a high school that's better known for it's scandals and internal investigations than for it's high acedemic achievement, high school senior, Kelsey Smith, has her work cut out for her if she plans to take home the A-Plus Scholarship so she can get a free ride to college.

Disadvantaged due to her upbringing on the street and missing years of primary schooling, Kelsey just doesn't know enough of the material to get straight A's, but she does know how to manipulate her friends into doing her homework, and she likes to think she'd good at giving the men what they want. Can she turn her orgasmic skills into straight A's? She only has four weeks to make it happen! Otherwise, she could find herself back out on the street!

All characters engaging in sex acts are over 18, and it is consensual sex.

Kelsey Smith stepped out of Carl’s car in front of 201 Church Street. As usual, Greg forgot to pick her up from school, and it was almost four in the afternoon. If Carl hadn’t stayed late to talk to the English teacher, Mr. Ingles, Kelsey would have been forced to walk home. While it was only about a mile, it was a mile farther than she wanted to walk after running up and down stairs all day.

Kelsey walked up the sidewalk and opened the faded black screen door. The brown-painted security door's handle didn't budge when she attempted to turn it.

After pulling out her key, she unlocked the handle and the deadbolt before testing it again.  The lock had a habit of retracting the bolt ninety-nine percent of the way, leaving just enough bolt lip to make opening the door impossible without relocking it and unlocking it again. Today, it was working correctly.

Once the door was open, she waved to Carl to let him know she was fine and going inside. However, she paused with the screen door closed and watched until Carl's car disappeared from view.  He had asked if she wanted company until Greg arrived home. She had not, but Carl insisted that he stay since this was a less than stellar neighborhood.
Kelsey politely refused his offer, reminding him that she grew up homeless on the street and needed no additional protection. Now, she wanted to make sure he had taken her refusal seriously. It looked like he had.

This was weird. He was usually home by three. Greg just never bothered to stop by Grand Central high school on his way home to pick her up. It irked Kelsey. She’d lived with him for the last five years.