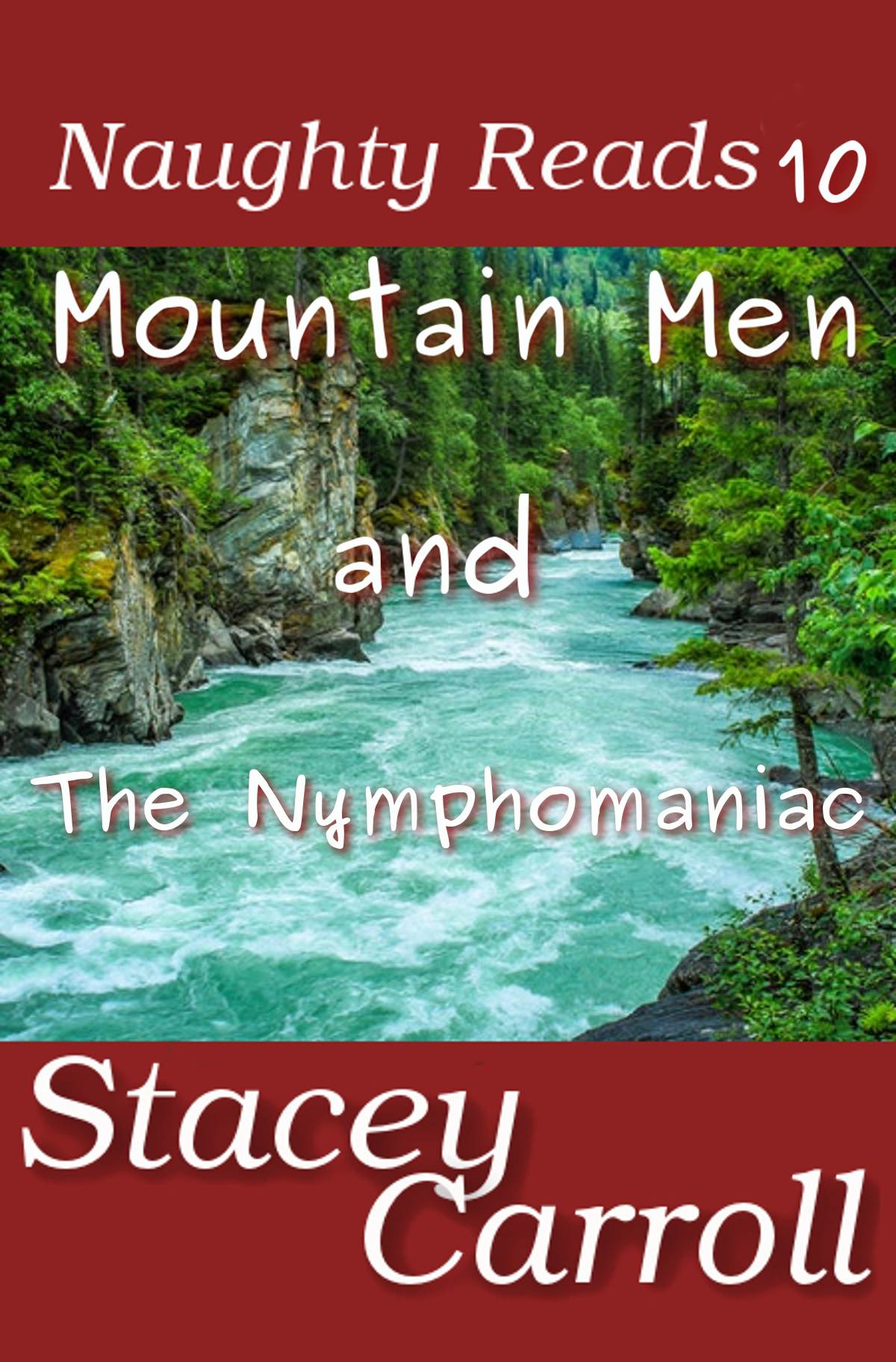 A botanist, working for the Department of Forests, is sent into the mountains to collect seeds and specimens in order to genetically modify trees so that they grow taller and faster. While on her trip, she runs into a group of mountain men who are more than willing to show her a few of the biggest trees on the mountain. After all, it’s all about big wood and long, thick branches.

Daisy Adroit walked down the rows of foot tall trees in the experimental greenhouse. They were all too small. They’d been growing for a month, and none of the trees had more than one leaf. This was not the result Big Log Research Center wanted when they spliced apple and cherry trees with a mix of Crabapple, Hawthorne and Ironwood. What they wanted was a tree that would grow from a seed to fruit baring in less than a year. This latest batch wasn’t going to do it. Daisy’s boss was going to be pissed and for good reason.

Big Log Research Center was a subsidiary of Fruits Forever, and they were busily buying up all the available farmland in the state to create vast groves of food trees. They wanted apples, cherries, oranges, lemons, avocados and maple trees, and they weren’t willing to wait for trees to mature to fill those fields. Once they got the fruit trees, they wanted to go into nuts. Walnuts and pecans, specifically. Eventually, they wanted to be the number one producer of everything tree.

Daisy turned her head. It was her boss, Floyd. “Not good. These have been growing a month, and it’s normal growth.

“It’s okay. I can see it,” Floyd said as he stepped beside her and looked across the vast tables of trees. “This is not the big wood they want.”

“I think we need to try a different tree,” Daisy said.

“We have the most robust trees on the planet to splice with,” Floyd said.

“Well, we need something else,” Daisy said. “And I’ve been researching.”

“There’s a rare tree that may work. It’s a Kumuppakace Erectica,” Daisy said.

“That’s what the natives call it,” Daisy said. “It can grow to over four hundred feet tall. It’s got a wide base, long branches, thick leaves...”

“It does,” Daisy said. “So it may be great for maple tree splicing.”

“Who do we order it from?” Floyd asked.

“You don’t,” Daisy said. “It’s only located in the mountains on one ridge. It’s extremely rare.”

“Is it hard to grow?” Floyd asked.

“Supposedly not, but no one has cultivated it. It’s more of a curiosity, and due to it’s size and location, no one has harvested it.”

“Due to the expense,” Floyd said.

“Well, a sapling wouldn’t be hard to pack,” Floyd said.

“No, it wouldn’t, but it’s going to take a week of hiking just to get there, and that’s once you get to the base of the mountain,” Daisy said. “The only people that have been there are other researchers and extreme sportsmen.”

“But they didn’t have a helicopter,” Floyd said.

“I bet some of them did,” Daisy said.

“Well, they didn’t have our pilot,” Floyd said. “Look, I can’t send this in. The CEO of Fruits Forever will eat me alive.”

“When’s the next report due?” Daisy asked.

“Yeah, so I need to get you up there. You have a week to ten days to get the saplings and samples. Once you get back, we need those saplings in soil and spliced. If we’re lucky, that’ll give us two weeks of growing time, and they damned well better look better than this, or it’s our asses.”

“You. I can’t get anyone else. They’re on other projects.”

“Right. You know that’s coming up, and they will eventually fall in our laps, but we’re behind,” Floyd said.

“Did that setup we give you last year for the jungle work well?”

“It did. It was an entire popup house,” Daisy said. “It even had air conditioning and heat. Not that I needed the heat.”

“All right. I’m going to send you with the popup house and lab, two weeks of food. Is there anything else you need?”

“No. I’ll pack whatever else I need. All those things come with all the equipment,” Daisy said.

“Don’t they pop with a button push?” Floyd asked.

“I can’t send weapons. You have your own?” Floyd asked.

“And we’ll give you a satellite phone like we did last time so you can call with progress updates and if you need anything. We can just drop it in,” Floyd said.

“I guess I better pack,” Daisy said. “When am I leaving?”

“As soon as I can get everything here. Tomorrow morning,” Floyd said. “I’ll call you in a couple hours with an exact time. The helicopter will leave from here.”

“Stop by my office before you leave for the day,” Floyd said.

Daisy watched him leave the greenhouse. She knew this was serious because he hadn’t touched her. Normally, he had his hands all over her from the moment he walked into any room she was in. It was irritating, but she understood. They were in deep shit if they couldn’t get these trees to grow.

Daisy walked into her office and packed her notes and a durable laptop into a briefcase along with a power adapter and a portable solar power supply.

Once she had everything she needed, she took the elevator up to Floyd’s office on the fourth floor. Daisy knocked on the door.

Daisy walked in to see him on the phone. She sat down on the couch and waited. It was just before noon. She figured she could be completely packed by three if she left fairly soon. Her house was forty minutes away from the research center.

“Is five too early for you?” Floyd asked as he covered the mic with his hand.

“I have a forty-minute drive,” Daisy said. “I’d prefer seven.”

“Give me a progress update on anything major,” Floyd said.

“I will,” she said as she walked out of his office. Daisy figured she’d be going to the bar tonight. Seven was early, but not so early that she couldn’t spend a few hours relaxing before she was dropped into the middle of a mountain forest.