The Venery of Bigfoot II 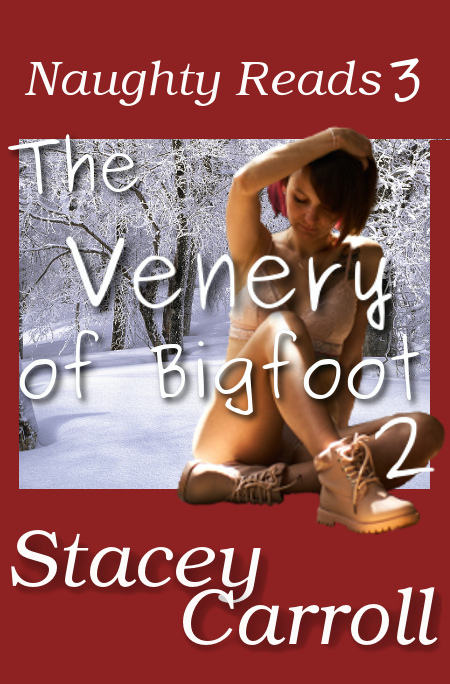 Kitty found Bigfoot, got to ride his bestial cock and got her samples for the Betaism serum. Now, she's just waiting for the Gene Institute to give her the massive bonuses she's owed, so she can buy her mansion and live her true life. Unfortunately, none of the new alpha males have as huge a cock as Bigfoot, and it's a problem. She loved riding his cock. She'd have to find a way to get back to the forest - sooner rather than later, especially since she's sick with something she acquired in the forest, and she thinks Bigfoot has the answers.

Back in the City

They arrived back in the city on a Friday. Levi went straight to the institute to drop off the samples for the serum engineering team. Kitty decided to take some time off, until Monday, anyway.

By Monday evening, the engineering team was working with Bigfoot’s blood, extracting the DNA and RNA from the blood samples and working on a more powerful Betaism serum. They agreed that this was just the alpha male DNA they needed to complete the cure for Betaism.

Almost immediately, the team was given $30,000 bonuses for finding the samples.

Kitty banked hers. It wasn’t enough to buy her mansion or staff, so she’d wait before making any big purchases. She wanted her entire lifestyle changed, and thirty-thousand wouldn’t do it. It was barely a drop in the bucket compared to what she truly needed, and Kitty had done the math fifty ways over the last five years. She needed millions not thousands.

She arrived at her office and lab Monday morning. Her email was full, and she spent the morning reading through serum updates. They were making great progress and getting ready to start the next testing phase. It was Kitty’s job to review the findings from the last failed study. The side-effects were off the rails. The ones she knew about weren’t even a tenth of the full list.

She was ten pages in when Levi walked into her office.

“It’s nice to have heat and a real roof over my head,” Kitty said. “It looks like this last serum was hell in a handbasket.”

“It was bad for some. Great for others,” Levi said.

“Was there a correlation to the degree of betaism and the number of side-effects experienced?” Kitty asked.

“True. How many trials did they run?”

“So far? Three. The second trial was the worst. They adjusted the dosage on the third,” Levi said. “they said it’s working, but they want this new serum before they do any more.”

“Are they going to run another set of full trials for the new serum?” Kitty asked.

“They haven’t decided,” Levi said. “It depends on how fast they want to get this to production. Right now, they want this on the market in four to six months.”

“Is that enough time to run another full set of trials?” Kitty asked.

“I doubt it,” Levi said. “So, go over that initial data with a fine-tooth comb.”

“Did they get all those memories wiped?” Kitty asked.

“They finally finished that. They sent that group home a few days ago,” Levi said.

“We’re making it stronger,” Levi said. “I just tried some.” He stroked his cock through his pants.

Kitty grinned. “I love big cocks.” She slid her chair back from her desk.