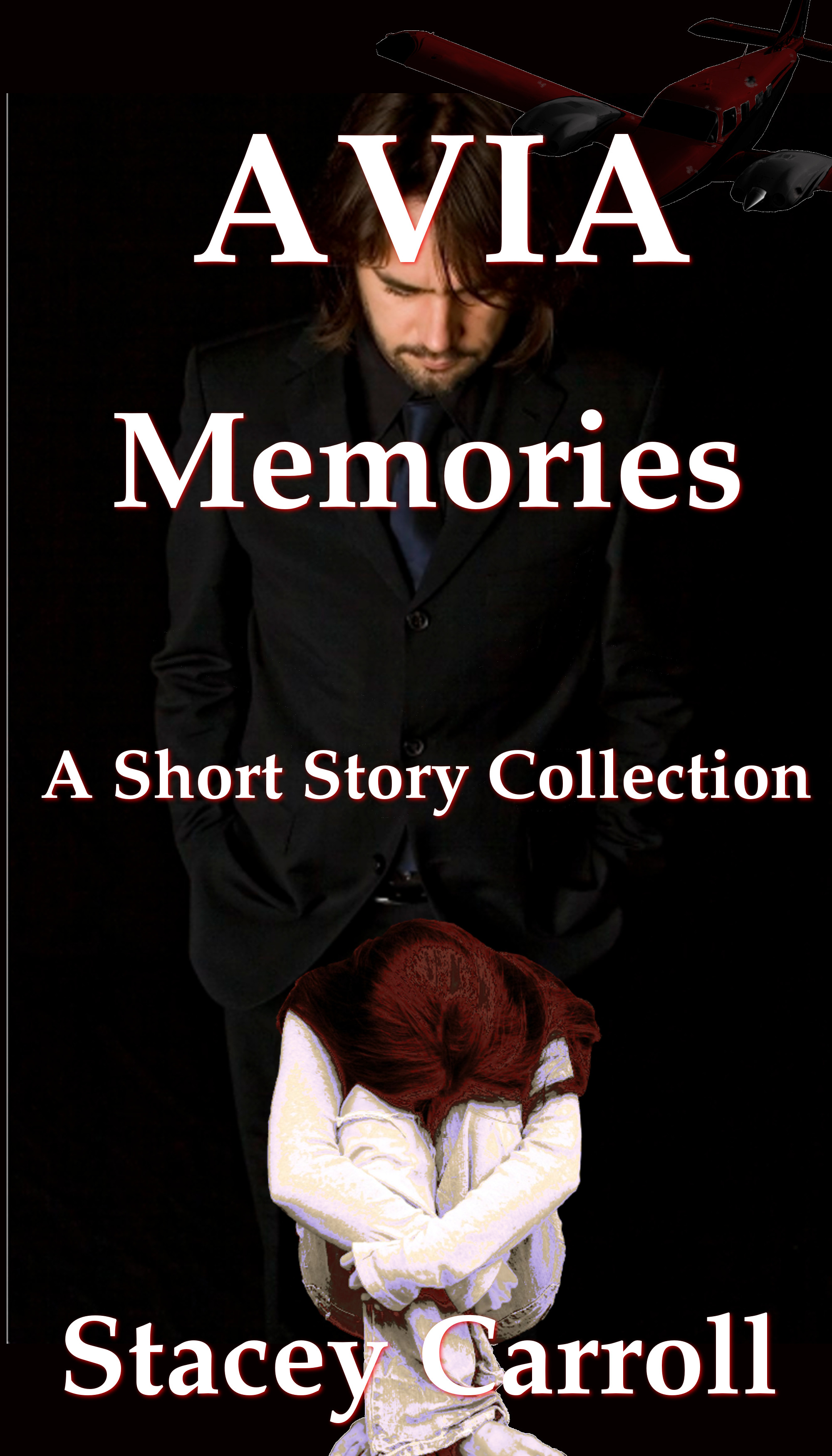 Avia – Memories, A Short Story Collection is based on character memories from AVIA I and AVIA II as well as chapter adaptations and general themes presented in the first two books of the AVIA series.
Amazon: $2.99

Avia pulled the throttle back and coasted to a stop between two tie-down hooks on the tarmac. She was a short walk from the beach and planned to spend the evening walking the sand and relaxing before departing on an overnight flight to her final destination.

What awaited her was a weekend of complete and utter solitude. It wasn’t something she wanted, but there was little she could do about it. It was also the perfect capstone to her craptacular week and this horrific run.

The run wasn’t a flaming disaster, but it was close. The moment she had rolled onto the last tarmac, police cars had surrounded her Seneca. If she had seen them while in the traffic pattern, she would have aborted the landing and flown to a different airport, but she hadn’t. They’d been hiding between two hangars, invisible from the traffic pattern and the runway.

Avia was positive those pigs had been tipped off, but damned if she knew who had done it. No one knew she was flying much less where she was landing, and she sure as hell hadn’t filed an ATC flight plan.

She had coasted to a stop on the tarmac, turned off the engines and started her post-landing checklist before a loud-speaker had ordered her out of the plane. She looked up as saw five police cars and 10 officers with their guns drawn. Avia put down her checklist, opened the cockpit door and stepped onto the wing-step only to be grabbed by two officers and slammed face down onto the tarmac. Their man-handling had resulted in cuts to her face, scuffs to her knees and bruises on her arms, thighs and hips.

She was allowed to sit after they cuffed her. Then, she watched as the cops allowed mangy mutts into her plane to search for drugs or whatever the hell they were trained to detect.

Avia didn’t care what it was. She cared that there were filthy dogs crawling through her Seneca, leaving mud, dirt, paw prints and dog slobber over the freshly cleaned surfaces.

Of course, the freshly cleaned surfaces meant the cops hadn’t found anything. They even opened the gas caps and sent a camera scope into them. That little trick caused Avia to laugh. She would never have thought to hide drugs in her gas tanks, and she decided it wasn’t a bad idea, except for the loss of fuel space, which she normally needed, even with the extended tanks.

When it was all said and done, Avia was furious. She’d stormed off the tarmac and into the terminal, taking the first right then left into a briefing room where she called her lawyer then Enterprise Rental Car.

She wasn’t supposed to be in town long enough to need a rental car or a hotel room, but by the end of the evening, she had both.

Avia threw her overnight bag on the closest bed and called for a pizza and Coke before dialing her suppliers. She was going to be late, and she didn’t want them venturing anywhere near the airport tonight. She could only imagine the heavy police presence that would be left behind.

The suppliers accused her of not wanting to pick up the shipment. She had, in turn, threatened to kill them all if that shipment wasn’t ready or went missing before she could pick it up. She also wanted to pick it up at their warehouse instead of having them deliver it to her plane at the airport.

They huffed and puffed but eventually agreed.

The pizza arrived just as she ended the call, and she paid for the meal in cash, giving the driver a $5 tip. She had debated giving him more, but she didn’t want the man remembering her.

Avia ate then called her lawyer to inform him of the tarmac snafu. The conversation was brief. He’d look into it.

Her last call was to the Company conman, Benton. She wanted his advice, but he hadn’t answered his phone, and as of right this second, he still hadn’t called her back.

That was last night. Early this morning, she had taken off again after retrieving the packages from the warehouse. She was destined for Sarasota where she’d put the packages on a waiting speedboat. From there, they’d move to The Company compound near the coast of Texas and eventually transported further inland for sale and distribution.

Unfortunately, the strong headwinds had forced her to land an hour earlier then she would have liked, and she was now sitting at an airport on the Florida panhandle instead of in Sarasota.

Avia slid out of the cockpit and onto the wing-step before jumping down to the tarmac. She grimaced. She was started to feel the effects of being slammed on the tarmac yesterday.

Looking around, she didn’t see any police, and the fuel truck was already parking at the nose of her plane.

Avia walked around her Seneca, looking for in-flight, cop and dog damage. She didn’t readily see any.

As she rounded the co-pilot’s side again, her cell phone rang. She pulled it from the holster and glanced at the caller ID. It was Benton. “Where have you been?”

Benton sighed and leaned his head back against the headrest as he drove. He could feel the argument already. “On a job for L. I had to turn my phone on silent. I just saw that you called.”

“All right,” Benton said. “We can talk when I get there. Are you on the ground?”

“At the airport just outside of Pensacola.”

“The job was in Mobile. I finished about two hours ago. I’m 30 minutes from you. I planned to drive straight to Sarasota,” Benton said.

“Just meet me out front of the commuter terminal in about 30 minutes. We’ll go for a walk on the beach and talk,” Benton said.

“All right.” Avia ended the call.

Avia walked off the tarmac just as the lineman finished fueling her plane. She stopped at the desk nearest the tarmac doors to wait for the fuel receipt from the lineman.

“Seneca?”  the woman behind the desk asked after reviewing the receipt.

“Cash,” Avia said as she pulled a wad of hundreds from the pocket of her jeans. She counted two bills and handed them to the woman before putting the remainder back in her pocket. The woman handed her $33.22 in change. Avia put it in her other pocket, turned and walked to the doors leading to the parking lot.

She half-expected to be slammed to the concrete tiles and detained, but no one stopped her or said anything as she walked through the commuter terminal doors and into the parking lot. She didn’t see Benton’s car yet, and Avia sat down on a bench to wait.

Ten minutes later, she noticed a black Lincoln Towncar drive into the lot. She didn’t recognize the car but watched as it drove up to the front doors and stopped.

It was Benton!  Avia stood just as he stepped out of the driver’s side.

“How was the flight?”  Benton asked as he walked a-round and opened the passenger’s side door.

“I thought I might,” Benton said as she hugged him.